Super Smash Bros. Ultimate Direct: Everything You Need to Know!

Today, Nintendo streamed a new Nintendo Direct fully centered on Super Smash Bros. Ultimate, and it had a quite a lot to cover! In case you missed it, here are the most exciting announcements listed in order of appearance. The Direct started off with the announcement of two new characters. Simon Belmont and Richter Belmont from Castlevania! These two fighters […]

Today, Nintendo streamed a new Nintendo Direct fully centered on Super Smash Bros. Ultimate, and it had a quite a lot to cover! In case you missed it, here are the most exciting announcements listed in order of appearance.

The Direct started off with the announcement of two new characters. Simon Belmont and Richter Belmont from Castlevania! These two fighters look very faithful to their respective games, and they even take a lot of elements from each other when it comes to their moveset. Richter is an Echo Fighter to Simon, but as game director Masahiro Sakurai put it, it’s hard to see who’s echoing who. 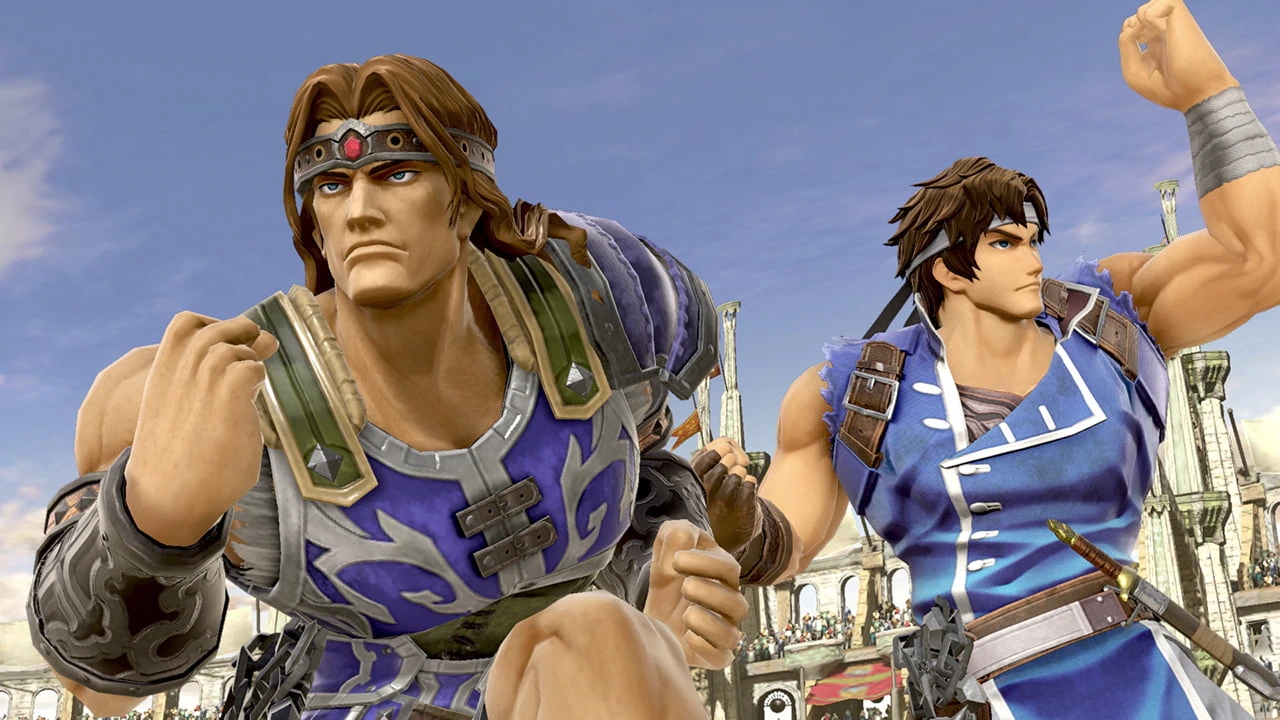 Along with these new characters comes a brand new stage in the form of Dracula’s Castle! This stunning stage takes quite a few elements from the Castlevania franchise, including a lot of enemies that Simon and Richter have had to face. Even Dracula appears on the scene, but Sakurai remained a bit mysterious on how he appears in the stage. Right after these exciting announcements, two new Echo Fighters were announced in the form of Chrom from Fire Emblem, and Dark Samus from Metroid! Both of these characters have been highly requested, so it only makes sense that they have been added as Echo Fighters. Chrom seems to be one of Roy, while Dark Samus… well, take a wild guess. 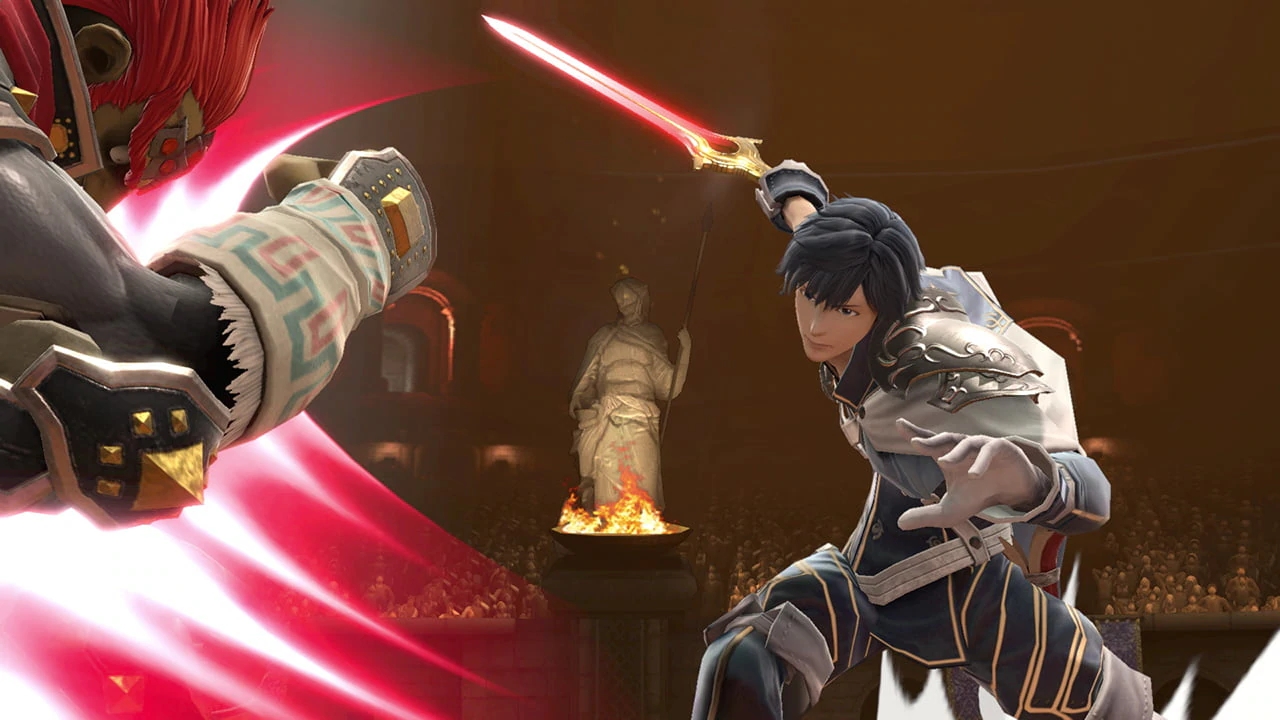 A few new and returning stages were shown off, among which were the original Pokémon Stadium, Brinstar Depths, Magicant, Gamer, Final Destination, and New Donk City Hall! Along with these stages, it was announced that stages from Melee onwards will be remastered in HD for Ultimate, but the stages from the Nintendo 64 days will be kept the same for a nostalgic feel. A stage hazard toggle has also been added, and every stage will be available right when you boot up the game. A cool new mode was also added, called Stage Morph! In this mode you can select two stages, and the game will switch between them at random. This should definitely shake up quite a few fights!

With every Smash comes a variety of new music, and a few improvements have been made to the music system. You can now play any music track from a series on any stage from that same series! So any Mario track on any Mario stage, any Zelda track on any Zelda stage, etc. Along with this, you can create playlists with the entire soundtrack of over 800 songs, and play these songs in handheld mode with your Switch on standby!

Then Sakurai went into further detail on the rules system, and you can now create your own rulesets that you can select at any time. Along with this, a setting has been added that allows you to simply charge Final Smashes instead of using the Smash Ball.

A plethora of new modes were announced as well, including the new Squad Strike mode – a mode that has been highly requested since Super Smash Bros. for Wii U and 3DS. In this mode you can take multiple characters to the same battle, and use every fighter as an individual stock. With the incredible all-star roster that Smash has at its disposal, plenty a Smash player should find use for this mode! Another new mode has been added called Smashdown. In this mode, characters selected in previous matches will no longer be playable, forcing you to use a wide variety of characters. This mode is similar to the infamous Iron Man challenge.

Competitive Smash players should be happy about this – the training mode has also been drastically upgraded! The mode now uses a grid, so you can space your attacks just right. It also shows the launching distance of your opponent, so it will be easier to determine at what percent your opponent will be knocked off the stage. Along with the announcements of new items and Pokémon, two standout assist trophies have also been revealed: Shovel Knight and Rathalos from Monster Hunter! These two franchises are loved by many, so it only makes sense that they would make an appearance in Smash in some way. Interestingly, Rathalos is also a boss on a stage. This presumably means that there will be a Monster Hunter stage, though this wasn’t explicitly stated. 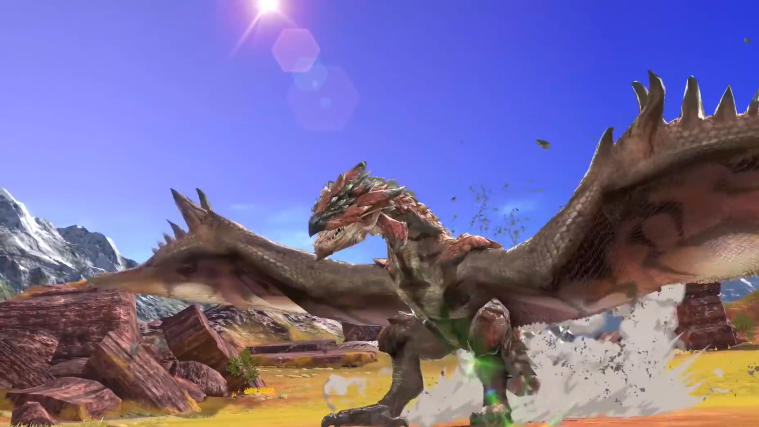 And last but not least, to end off the Direct we have the announcement of a brand new fighter. After quite possibly the most hilarious joke in any Smash Bros. trailer, King K. Rool has finally been revealed as a playable character! Many were begging for this evil croc to join the roster, and I am personally very excited to try him out when the game releases in December.