Crash Team Racing vs. Team Sonic Racing: Which one should you buy?

Every once in a while we find ourselves paralysed by indecision. PlayStation or Xbox? Fortnite or Apex? Charmander or Squirtle? Over the next couple of months, gamers of a more thrifty ilk will have to make a tough judgement call between two beloved franchises, both of which are launching colourful racing games. First we have Team Sonic Racing due out on May 21st […]

I’m not ready for a diskless console

Rumour has it that the next iteration of Xbox hardware will be a diskless console. Now this makes a lot of sense – apparently, 80 per cent of video game sales (in the UK at least) are now digital, so you can hardly accuse Microsoft of trying to impose a lifestyle onto unwilling consumers. Like it or not, digital is […]

Does anyone else find Smash Bros. really, really hard…?

Okay, so this post will either be one of two things. It will either be that piece that most people agree with and have hitherto been afraid to express themselves – or, I will debunk myself as a lone voice, a laughable noob, and the epitome of gaming ineptitude. Let’s find out 😀 But before that: Can you help me? […] 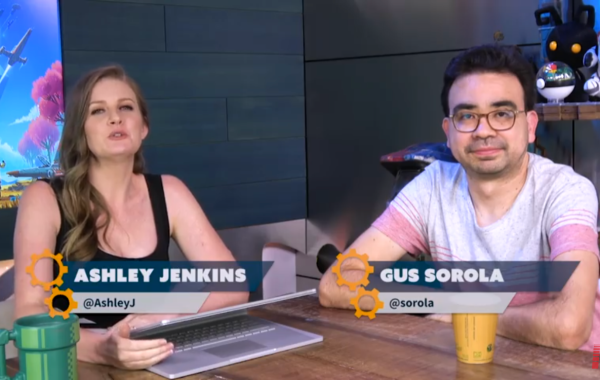 Farewell, The Know – and thank you!

Ah, yesterday was a sad day. Rooster Teeth’s The Know closed its doors for the last time, re-branding itself as a ‘new’ gaming channel dubbed Inside Gaming. The future looks very bright for the team – and I wish them all the best – but I can’t help feeling a bit sad that The Know as we know it is, […]

Now is the winter of our disc content! I think I played more new games in 2018 than in any other year. Actually, I wouldn’t be surprised if this was the case for a lot of people, particularly given the barrage of new titles that assaulted players’ wallets in the later months. And to be honest, I don’t think I […]

I have mixed feelings about Crash Team Racing Nitro-Fueled

And trust me, I didn’t think I’d ever have mixed feelings about a Crash Team Racing remaster! Don’t get me wrong, the first emotion I felt when I heard that Crash Team Racing was being remade was excitement. Although I haven’t played the game since the age of 12, I remember being spellbound as a child. In fact I don’t think […]

Is Red Dead Redemption 2 too long?

Yes I’m going there. It’s always so much easier to nit-pick as opposed to praise, and with Red Dead Redemption 2 receiving such unanimous acclaim from every corner of the internet, I feel it’s my moral duty to chime in with my niggles about this beautifully crafted game, with which I have a complex relationship. Oof. There is no denying the […]

Does screen time cause depression?

Disclaimer: This is going to be the least scientific piece on depression you’ve ever read! But it is based on actual research (as in, my own life experiences.) And I’m aware that this question alone is enough to fill a whole doctorate, but I promise I shall be concise. Okay, and breathe 🙂 So I was considering writing a piece […]

Does the crunch culture of video games need to evolve?

I recently read an interview with one of Rockstar Games’ founders Dan Houser which prompted me to put this quick post together. It’s probably not going to be as long or as comprehensive as I’d like it to be; the ‘crunch culture’ of the video games industry is something I would like to properly investigate, and conduct real interviews with […]

Will the Fortnite craze last forever?

There’s a little game called Fortnite that’s been doing incredibly well recently. Indeed, so intense is the Fortnite craze that in August 2018 the game reportedly came close to hitting 80 million players, which is crazy-numbers. Moreover, the iOS iteration has been downloaded over 100 million times, and Epic Games – the developer – is now estimated to be worth an eye-watering $14 […]

Here’s a little gem from the Al Survive archives – the first gaming piece I ever wrote, 11 years ago! (It was originally published on MySpace – that’s how ancient it is.) I’d been locked in a bitter war with a friend at uni about which gaming console was the superior purchase – the PS3 or the Xbox 360. This […]

Ah yes, the good old graphics debate! The news that the all-new Assassin’s Creed Odyssey will run in a native 4K resolution has been doing the rounds this week, and I am anything if not willing to leap on the bandwagon and weigh-in on the age-old resolution / frame rate / gameplay discussion. Actually, we need to be specific about this: Assassin’s […]

On Wednesday, Sony finally backed down and allowed players on all consoles to play Fortnite together, regardless of which system they were using. The news was met with universal approval, and sighs of relief were breathed across the netosphere. However, what fascinates me is the line that most news outlets are opening with: specifically the words “backing down” and “giving in.” […]

Prepare yourselves for a doom-laden post! The sky is falling, Nintendo is going under, we’ll never play a console game again…!! Actually, despite the sensationalist headline, I do intend to ask a legitimate question: Is a Nintendo Switch PR crisis looming? I’m not sure of the answer, but I work on the fringes of the PR world in my day-to-day […] 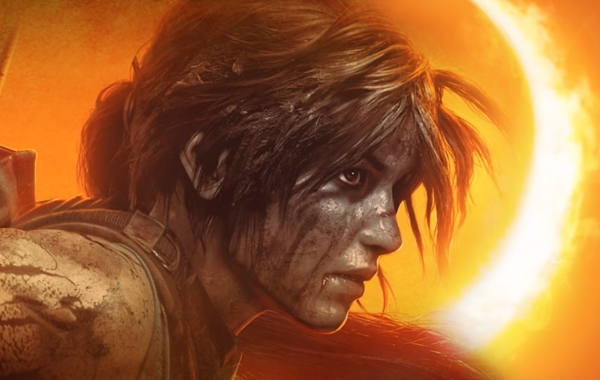 Pre-order heartache: Do we really need to pre-order games in 2018?

I’m sure we’ve all been there – desperately hitting ‘refresh’ on the tracking page of our Amazon order to see if it will, indeed, arrive on launch day as promised, our hopes fading to disappointment as the sun sets and the letterbox remains untouched. In 2018, at the height of consumerism, with companies having more access to consumer demand analytics […]

Fortnite pain has been felt in a celebrity’s household after it was revealed that the celebrity in question disciplined her children by smashing their iPads. Apparently, this came about because the rules regarding screen-time (particularly with Fornite and PUBG) were not being observed, and the parent decided to disable the infernal devices by whacking them against a table. Youch. In fairness to the […]