Is the Nintendo Switch 2 really a good idea?

The rumours of a Nintendo Switch 2 started to circulate last week. Well, that’s not strictly true – there have been rumours about it for a while. But The Wall Street Journal recently reported than updated version of the console could be arriving on shelves sometime in 2019, which is, uhh, great? Maybe…?

It’s fair to say that the ‘news’ didn’t exactly rock the gaming community to its core. After all, it’s not unusual for console generations to feature several iterations before they reach the end of their life cycles – I’m talking the slimline PS2, the Xbox 360 Elite, the PS4 Pro, and so on. Indeed, I was one of those hapless consumers who missed the original PS3 by months and had to make do with the inferior 40GB version with fewer USB ports and zero backwards compatibility – whilst having to listen to Sony telling me how wonderful it all was. Boo, hissss!

These gripes aside, new console iterations are generally well received, and there are many things that gamers would like to see altered or improved on their Nintendo Switches. For example, whilst The Wall Street Journal didn’t have much to offer in terms of the Nintendo Switch 2’s features, the new console could potentially boast an improved LCD screen and an extended battery life. Moreover, it could offer a smaller handheld screen in order to deliver a product that is more ‘pocket sized,’ as well as a hardware modification to address the issue of the recent jailbreak.

But I suppose the big question is whether a second Switch console is actually warranted, or even if it could pay off for Nintendo? Certainly, the promo that would accompany the arrival of a new iteration could persuade some people to jump onto the platform for the first time. Moreover, we all know that there are those gamers who have no issue with double-dipping, and are more than happy to invest in second / third / fourth versions of their favourite consoles.

On the other hand, Nintendo runs the risk of ticking people off with this move. For example a consumer who has recently purchased a shiny new Switch in order to play Super Smash Bros. Ultimate may not be elated to discover that a much more superior console is about to land in stores. I was in a similar position when I bought my PS4 in 2016; I’d been out of the gaming loop for a while and I wasn’t aware that the improved Pro model was on the horizon – a mere four weeks after I’d made my investment! Moreover, you may have ardent Switch fans looking at the new iteration of the console in envy but unable to buy it – or at least, unprepared to spend such a high sum for a second time. 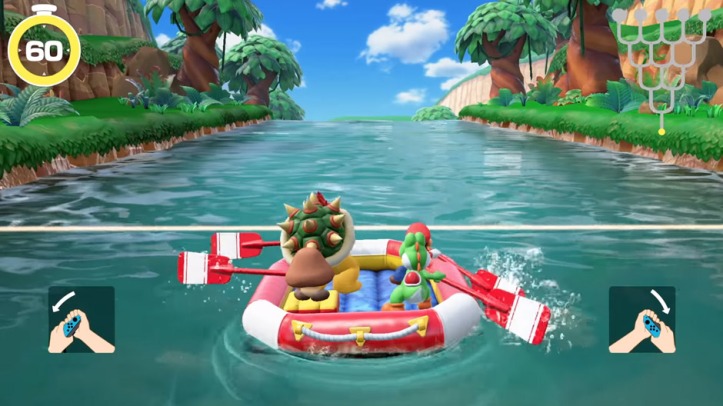 Also, the timing of this news from The Wall Street Journal certainly isn’t good for Nintendo either, if it’s true. I would have thought the company would want to focus all of its marketing efforts on console sales over the Christmas period. If someone is on the fence about buying a Switch this winter, and then hears that a much-improved iteration is around the corner, there’s a good chance they’ll hold back, and this could impact on Nintendo’s holiday projections. (That being said, Nintendo would still win that person’s custom eventually, so it wouldn’t be all doom and gloom.)

To sum up, I think most people would agree that they would like to see an extended battery life for the Nintendo Switch’s handheld mode, but whether this desire is enough to warrant the release of a Nintendo Switch 2 remains to be seen.

How do you feel about this latest rumour? Do you already own a Nintendo Switch? If so, would you ‘double dip’? Or would an improved version of the console be enough to make you finally jump on board? Let me know in the comments below.